To kiss or not!

How to greet Neapolitan style. 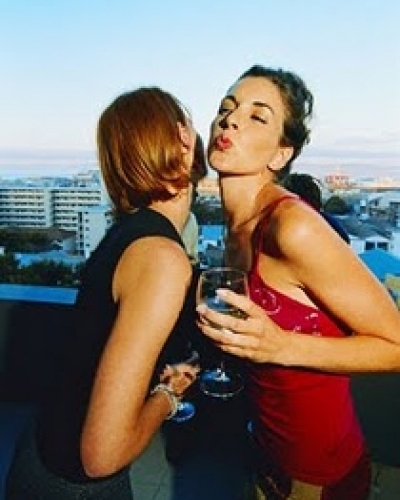 One of the most endearing and common occurances in Naples Italy when families or close friends meet is kissing , it is the usual greeting of Italian people. The italians are widely known for their greeting in this manner. There is a 'correct way', this is to avoid awkward lip kissing and any embrassing nose encounters, most people kiss on the left first, you must be well know to the person or be related to greet in this manner, a polite handshake is in order for a first meeting.

It has not always been this way, in 1562 kissing in public was banned in Naples Italy punishable by death. However this law was part of legilation to curb the spread of a plague that was rampageing across Europe.

Rather than a ban on public kissing, as public health was of great concern to the authorities. Unfortuately this ban did not stop or stem the spread of the plague, which claimed the lives of large areas of Europe. Italy is not the only country to ban kissing in public, in 1439 King Henry VI tried to ban kissing in England , this was to try and stop the spread of disease. His ban failed as the citizen of England would not agree.

The French also tried to ban kissing, the reason they put forward to banning public kisssing on railways in 1910, was because it could cause delays to their railway system.

Kissing for pleasure, as listed by the Iranian Parliment in 1982,was considered a moral offense.

Students at Peking University, China in 1991 were banned from kissing , holding hands, hugging and even whispering.

Moscow tried to enforce a no public kissing ban in 2003. This would include married couples and would have been punishable by fines and jail time. However the the residents of Moscow decided not to have any part of this and delibrately went in public and kissed complete strangers. The proposed law was abandoned much to the joy of Moscow citizens.